To stay connected with the WiS community join our Teams group  here.

Join us Thursday September 10th at noon (12pm EST). Dr Jonathan Jackson, Director of the MGH CARE Research Center, will present “#BlackLivesMatter in Research, too”, a talk about the history of medical abuses against Black and marginalized communities in the name of science, and the continuation of racism & challenges around health equity in research. 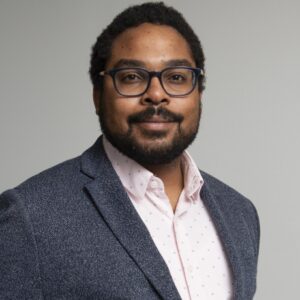 Jonathan Jackson, PhD, is the founder and Executive Director of the Community Access, Recruitment, & Engagement (CARE) Research Center at Massachusetts General Hospital and an Instructor in Neurology at Harvard Medical School. His research focuses on midlife and late-life health disparities in clinical settings that affect Black populations.

Dr. Jackson also works as a cognitive neuroscientist, investigating the early detection of Alzheimer’s disease (AD), particularly in the absence of overt memory problems. He serves on Mass General’s Alzheimer’s Disease Research Center (ADRC) and Mass General’s Cancer Center Equity Program, specializing in identifying and overcoming barriers to clinical research for people and communities of color. He has become a well-known Mass General representative to communities of color and dozens of affiliated organizations, particularly regarding clinical research. Dr. Jackson serves on the leadership team of several organizations focused on community health, as well as local, statewide and national advisory groups for research recruitment, Alzheimer’s disease and community engagement.

If you missed this amazing talk or want to rewatch it, follow this link.

You can find the video of the presentation here!

Employee resource groups in higher education are groups formed based on a shared identity or experience with a focus on advancing diversity, equity, and inclusion on campus. These groups create a space on campus for marginalized communities to voice their concerns, develop their own leadership skills, and drive change to foster an inclusive environment on campus. Because ERGs are managed by volunteers and not always well supported or understood, a common challenge is that these groups may not be appropriately recognized for their important work. This can lead to a perception that ERGs have limited impact on systemic change. This panel will highlight the work that ERG leaders are doing across Harvard, identify their successes, barriers, and challenges, and explore how ERGs can work in collaboration to advance DEI at Harvard.

Here are some optional readings:

1.‘I had to choose being a mother’: With no child care or summer camps, women are being edged out of the workforce from The Lilly
2. The indirect impact of COVID-19 on women from The Lancet
3. The Coronavirus Is a Disaster for Feminism from The Atlantic

10/8 at 4pm: Jessica Esquivel, PhD – A femilab scientist and an AAAS ambassador for girls in STEM, will be discussing career paths for minorities in STEM. This event will be part of the Diversity week hosted by DEI at MGH. 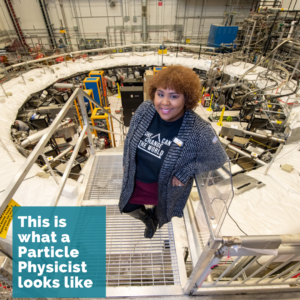 Dr. Jessica Esquivel is a Postdoctoral Research Associate at Fermi National Accelerator Laboratory working on the Muon g-2 Experiment which is tasked with observing physics beyond the standard model. She is one of ~100 Black women with a PhD in physics in the country and the 2nd Black woman to graduate with a PhD in physics from Syracuse University and has experience navigating spaces where she is “the first” or “the only”. Her graduate research focused on studying ghostly particles called neutrinos interacting in the MicroBooNE Experiment using innovative machine learning techniques like those used in facial recognition software. She received her bachelors in Electrical Engineering and Applied Physics from St. Mary’s University in San Antonio, TX.

She identifies as a Black, afrolatinX, Woman. Dr. Esquivel is an advocate for increasing diversity in physics and focuses on the intersections of race, gender and sexuality in her outreach efforts. She has been recognized by The Fermilab Friends for Science Education Organization for the exceptional contributions she’s made to Fermilab’s K-12 education and outreach programs, was featured in Adler Planetarium’s Chicago Black Women in STEAM series (www.adlerplanetarium.org/chicagos-black-women- in-steam-series-meet-jessica/), interviewed by Lean In: Women of Color for Black Women’s Equal Pay Day discussing the gender wage gap for black women (www.blackwomensequalpay.org/) , and interviewed by Casual Space’s Beth Mund discussing neutrinos, what makes a scientist, and finding inspiration in weird places (http://bethmund.com/40-jessica-esquivel/).

Her most recent accomplishments include organizing the participation and sponsorship of Fermilab at Wakandacon, a 3-day afro-futuristic convention that strives to create a safe space for the black community to explore their interests from comic culture to STEM (https://news.fnal.gov/2019/08/fermilab-promotes-science-and- diversity-at-wakandacon-in-chicago/, https://www.symmetrymagazine.org/article/channeling-shuri-as-a-physicist-at-wakandacon), and being named The American Association for the Advancement of the Sciences IF/THEN Ambassador (http://ifthenshecan.org), a program that looks to inspire middle school girls to become the next generation of STEM pioneers.

Dr. Esquivel is a Texas transplant living in Illinois with her wife and two furry rescue animals (Treadaway and Daisy Dukes Esquivel). In her downtime, you can find her cosplaying, DIYing, or watching HGTV for project inspirations. To learn more about Dr. Esquivel, please visit her website at https://JessicaEsquivelPhD.com or connect with her on social media @DrEsquivelPHD on LinkedIn/Twitter/Instagram. 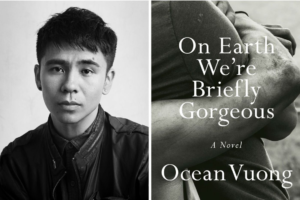 Ocean Vuong is the author of the debut novel, On Earth We’re Briefly Gorgeous, out from Penguin Press (2019) and forthcoming in 12 other languages worldwide. He is also the author of the critically acclaimed poetry collection, Night Sky with Exit Wounds, a New York Times Top 10 Book of 2016, winner of the T.S. Eliot Prize, the Whiting Award, the Thom Gunn Award, and the Forward Prize for Best First Collection. A Ruth Lilly fellow from the Poetry Foundation, his honors include fellowships from the Lannan Foundation, the Civitella Ranieri Foundation, The Elizabeth George Foundation, The Academy of American Poets, and the Pushcart Prize.

Vuong’s writings have been featured in The Atlantic, Harpers, The Nation, New Republic, The New Yorker, The New York Times, The Village Voice, and American Poetry Review, which awarded him the Stanley Kunitz Prize for Younger Poets. Selected by Foreign Policy magazine as a 2016 100 Leading Global Thinker, alongside Hillary Clinton, Ban Ki-Moon and Justin Trudeau, Ocean was also named by BuzzFeed Books as one of “32 Essential Asian American Writers” and has been profiled on NPR’s “All Things Considered,” PBS NewsHour, Teen Vogue, VICE, The Fantastic Man, and The New Yorker.

Born in Saigon, Vietnam, he lives in Northampton, Massachusetts, where he serves as an Assistant Professor in the MFA Program for Poets and Writers at Umass-Amherst.

Details on how to register to be one of the speaker will be send out in November. Be on the look out! 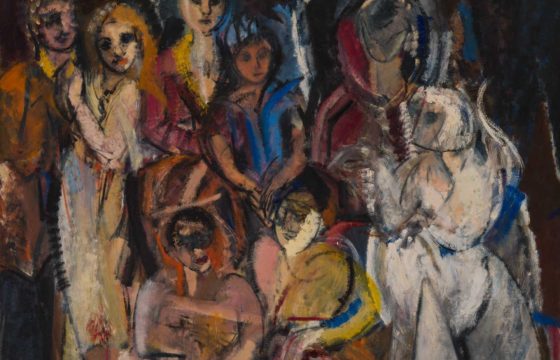 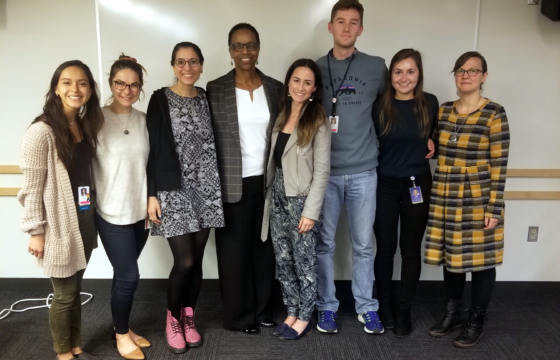 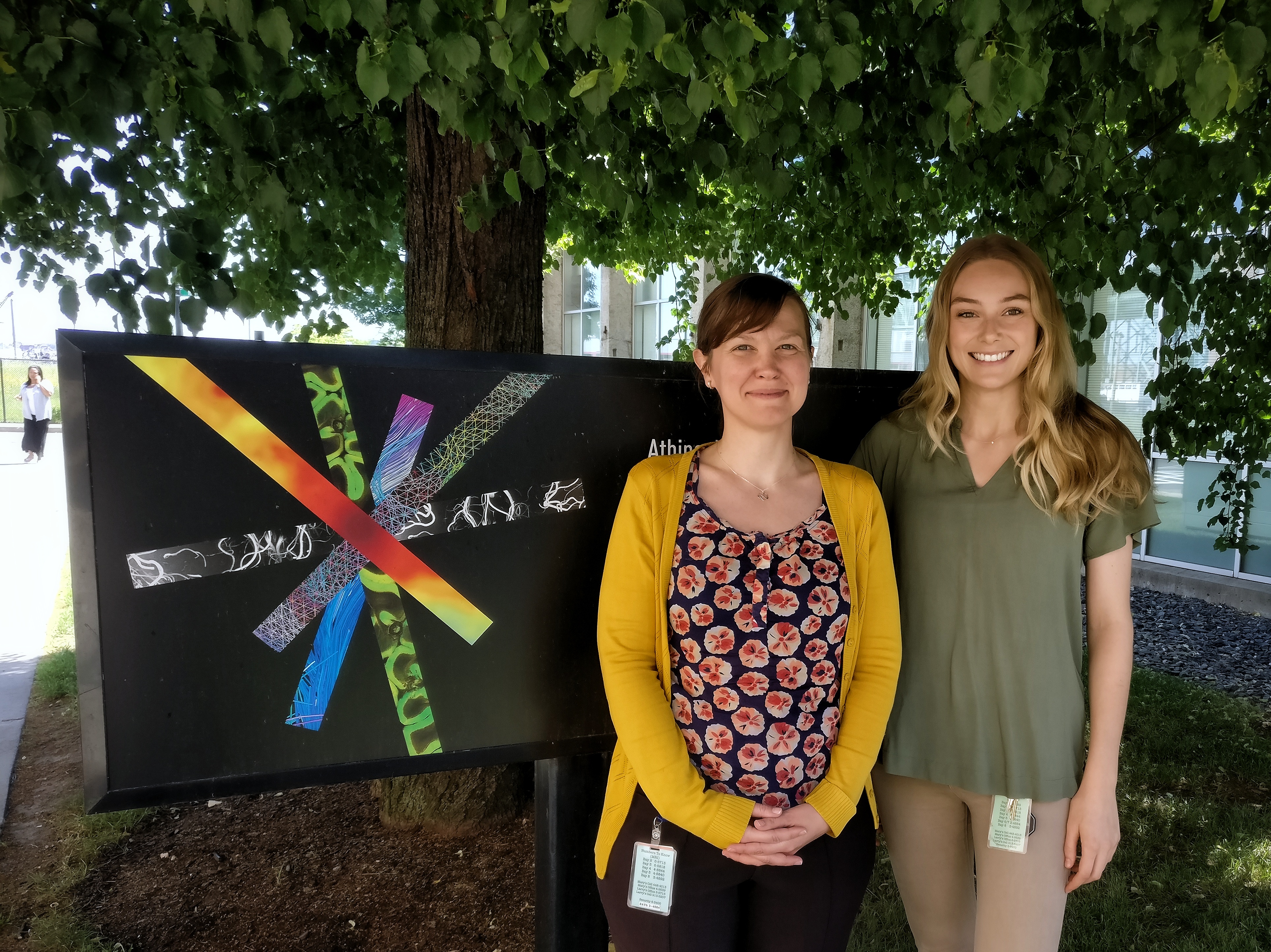 Thank you to everybody who attended our yoga fundraiser and donated to @thelovelandfnd and @YouGoodSis1! We are so thankful for your support!